“Our Family Working Together with Yours”

Open Showers: Is this trend for you? 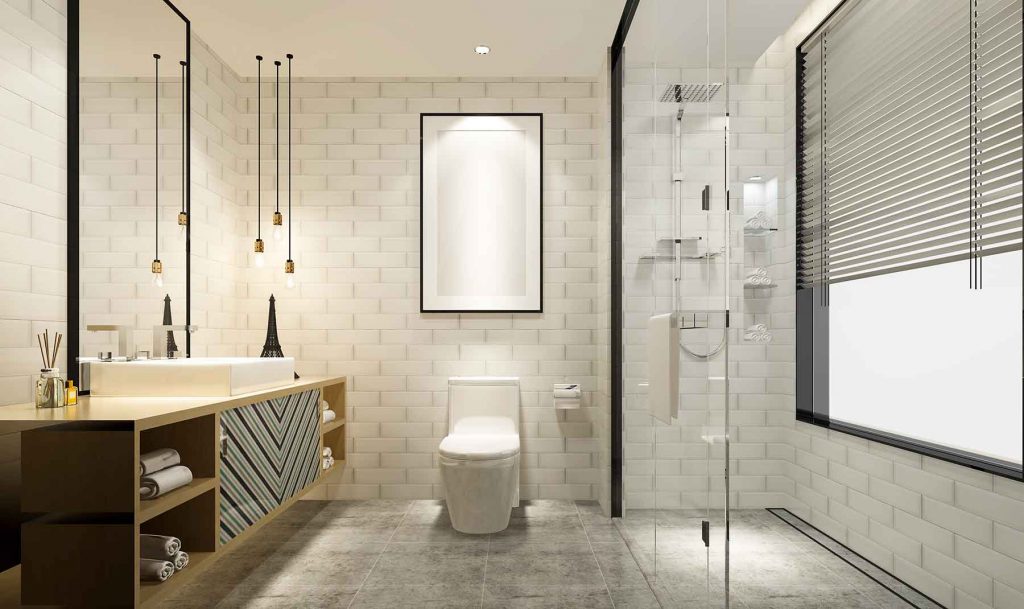 As we all spent more time at home in 2020, many of us looked to improve our bathrooms.

Improving the shower is one of the most popular ways to do that. Doorless and open showers have gotten a lot of buzz over the last couple years as a way to bring the luxury of a high-class hotel or spa to your home bathroom. But are they the right solution for you? It depends on a number of factors, including the size of your bathroom, how you want to use it and more.

These are some of the most important items to think about when considering an open or doorless shower.

It will appear more spacious

Removing the door on your shower is one of the best ways to add the illusion of space. The fewer walls and divisions you have, the larger your room will feel. The usable square footage may increase as well if you’re replacing an existing tub, but …

Without a door, water is going to end up splashing outside of the shower. Generally, a six-foot buffer zone around the shower is recommended. Assume that anything in that “splash zone” may get wet at some point.

Ideally, the shower can be placed in a corner, reducing the space that needs to be carved out for the shower. While not truly “open,” a doorless shower with glass walls on three sides can replicate the open feel with less concern of splashing.

The right fixtures will go a long way toward making an open or doorless shower work. For example, installing a rain showerhead that directs water straight down, will work better than an angled showerhead to control splash. A handheld showerhead is another option. Unless you’re working with a very large area, combining body sprays with an open shower is very difficult (although possible with a doorless option).

Like with a curbless shower, the shower floor needs to be angled slightly so that water flows toward the drain and doesn’t flood the rest of the bathroom. Adding a second drain can be a good idea as well. You can get creative with designer drain tiles that incorporate style and utility.

It’s always a good idea to have non-slip tile or other flooring options in any bathroom, but that’s especially important with an open or doorless shower. No matter how well designed the space is, it’s likely you’re going to get water on the bathroom floor at some point. From a visual standpoint, using two different types of tile in the shower and the rest of the bathroom will also help set the spaces apart without walls.

Of course, an open shower means you’re going to be more likely to feel drafts in the room, especially during winter. This can be addressed in several ways, including heat lamps or radiant floor heating outside the shower. Installing heated towel racks will also help you feel warm and toasty when getting out of the shower.

An open shower or doorless one with glass walls certainly doesn’t offer the privacy of a traditional shower. If you or your partner is going to feel exposed while showering, it’s probably not the right option for you.

Installing a half wall can offer some additional privacy, as well as keep more moisture in the shower. Frosted glass walls are another good way to compromise between an open shower and a fully enclosed one.

Open showers are not a DIY project

As you can probably see by reading the above, an open or doorless shower isn’t something to be tackled by an amateur. Be sure to work with an experienced remodeler like T.W. Ellis to make sure you get a shower that works for you.

Ready to invest in your new shower? Contact T.W. Ellis today to discuss your new bathroom, addition or any of your remodeling needs!

You may also be interested in:
8 ways to a bigger bathroom without adding on

Get Your Project Started!